The 2022 NFL season is just around the corner, which means it’s time to start placing NFL bets for the upcoming campaign. One interesting team to consider is the Seattle Seahawks.

They are embarking on a new era without Russell Wilson after coming off their first last-place finish since 1996 with a 7-10 record.

With so many Seahawks bets to consider at different sportsbooks, let’s go over the best Seattle Seahawks betting promo codes to take advantage of.

Sign up today by clicking “Get Bonus" below to get this exciting welcome offer from one of the most popular sportsbooks in America.

This year’s rookie class does not feature any surefire top candidates to win the Offensive Rookie Of The Year Award, and Walker could be one injury away from having a stellar first season in the pros.

Rashaad Penny was the best running back in the NFL down the stretch last season, but he unfortunately has a long and frequent injury record with the Seahawks. If Penny misses a lot of games this season, Walker can really shine. He is the best pure runner among the 2022 rookies, with good vision, cutback moves, tackle-breaking abilities and the potential to take off for big gainers.

This is a bet that can be a good choice for your new-player offer at Caesars. Walker can pay off handsomely with opportunities to carry often in an offense that will likely feature the running game, especially with Wilson gone and efforts made to upgrade the offensive line.

Find out more about this sportsbook in our Caesars Sportsbook review.

New signups to BetMGM get up to $1,000 risk-free when they register for a new account. Use promo code to get this special offer.

Many observers are writing off the Seahawks as a last-place team that will miss the playoffs because of a significant downgrade at quarterback. But you can never fully overlook a team coached by Pete Carroll, and if Drew Lock surprises at QB, Seattle can contend for an NFC Wild Card berth.

The Seahawks were reportedly intrigued by Lock when he was drafted in 2019, and definitely wanted him as part of the Wilson trade. A change of scenery could lead to a career turnaround for Lock, who we project to win the preseason QB battle over Geno Smith.

There is a strong supporting cast around Lock, with an outstanding duo of wide receivers in DK Metcalf and Tyler Lockett, plus we could see Noah Fant perform better in Seattle than he did in Denver.

The running game also looks good, as a projected duo of Penny and Walker can be one of the best in the league, or either RB could fare quite well as a lead guy if needed.

The Seahawks are also changing to a 3-4 defense and intend to be more aggressive under new defensive coordinator Clint Hurtt. If Lock can at least perform respectably, this wager can pay off as Seattle exceeds lowered preseason expectations. The rest of the roster does look good enough to spur a possible playoff push. 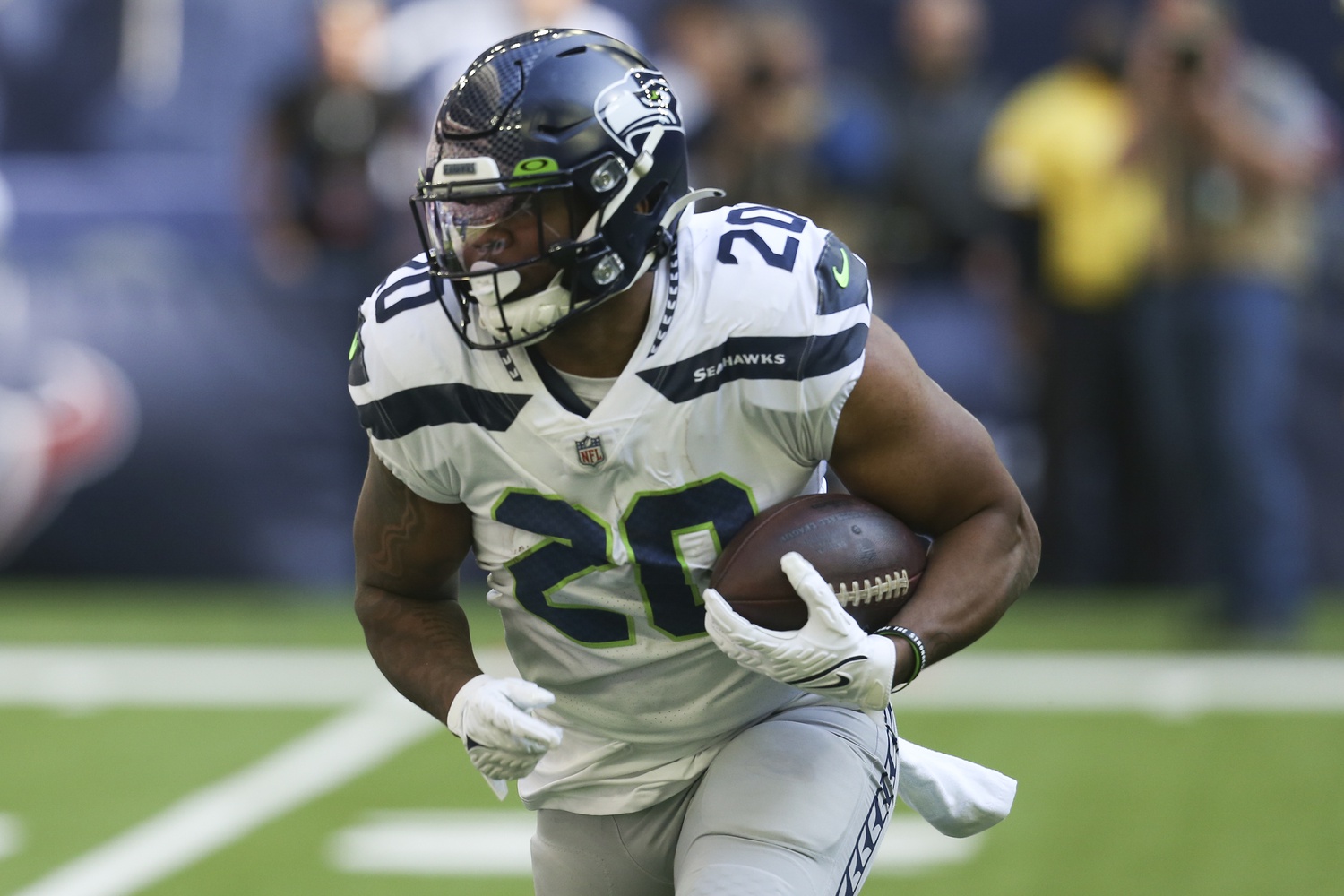 If you join BetRivers, you get up to $250 free as a first deposit match. You can use The Game Day’s Seahawks sportsbook bonus by using the code .

This is a recommended bet that has a good chance of paying off. Brooks set a franchise record with 184 tackles last season, which also ranked second in the NFL. He is now set to be the defensive leader and play-caller in Seattle.

In addition to ending their relationship with Wilson, the Seahawks parted ways with their longtime signature linebacker, Bobby Wagner. Brooks, who was drafted in the first round in 2020, was prepped to eventually take over for Wagner as the quarterback of the defense, and now he gets the opportunity after totaling 14 more tackles than Wagner last year.

Brooks is a superb run defender with excellent range. He will also be looking to improve on his pass coverage, and opponents may look to test him frequently early in the schedule, leading to even more possible playmaking opportunities.

The Seahawks were able to move on from a future Hall of Famer because they apparently believe Brooks is ready to stamp himself as one of the best linebackers in the NFC.

Lock this wager in, because you’ll have a true opportunity to head the pay window when Brooks becomes a first-time Pro Bowler in 2022.

You can take advantage of Betway’s welcome offer after completing the registration process. No promo code is needed, just click “Get Bonus" below to receive your risk-free bet.

There are three possible outcomes in the Seahawks backfield this season: Penny staying healthy for an extended period for the first time in four years is one. The others are for him and Walker to share a lot of work, or for injuries to sideline Penny again and Walker will flourish while he is out.

If Penny can actually play for most of the schedule this year, though, he could contend for the rushing title and deliver a big payoff on this bet. Last year, Penny was the top runner in the NFL late in the season, as Pro Football Focus noted he joined Barry Sanders as the only RBs in NFL history to rush for 700-plus yards, six TDs and an average of 6.5 yards per carry over the final six games of a season.

Penny became a more complete runner last season, as he retained the big-play ability he had flashed in previous seasons, but he also was more physical in his approach in 2021. Team insiders indicated that Adrian Peterson, who was signed at the start of December, influenced Penny as a mentor and helped him improve.

He has not played more than 10 games in the last three years, but if Penny does stay on the field for most of the season he could conceivably perform well enough to keep Walker relegated to a secondary role.

Penny is playing on a one-year deal and wants to prove he can build on his late surge of 2021, so you should strongly consider betting against his recent health history.

Find out more about Betway in our detailed review.