In Week 17 fantasy football, there are only two goals on the waiver wire: pick up guys that can start for you, or block opponents from landing a potential starter for them.

You must spend the majority of your own Free Agent Budget, or all of it, to get a needed starter for yourself first. My recommended bids reflect who are the most important adds while leaving room for any other needs you still might have.

The bidding prices will vary significantly based on your own needs and serve more as a guide for priorities in this final week of the fantasy playoffs.

Derrick Henry has a hip injury that could force Mike Vrabel to sit him om a short week in a meaningless game vs Dallas. The Titans need Henry available in a winner-take-all matchup for the AFC South title vs Jacksonville in Week 18, and Dontrell Hilliard (neck) may also be held out.

Haskins is a 6-2, 228 banger who will take what defenses give him and also grind out yardage. The Cowboys rank 22nd in rushing yards allowed to RBs, so he is capable of posting adequate totals with a heavy workload.

Hassan Haskins FAB Bid: 95% of your available budget if you roster Henry, or 80% if you do not have Henry on your team

White has reportedly been cleared from rib fractures that have kept him out of two consecutive games. He is expected to start at Seattle and will be a strong starting option for fantasy players that have been streaming QBs throughout the playoffs.

The Jets have a matchup against the NFC’s lowest-ranked rushing defense, but they need White to lead the offense. He has averaged 317.3 passing yards per game, and will have time to throw and succeed against an inconsistent Seattle pass rush.

Be sure to check where White lands in our Week 17 fantasy football rankings.

Mike White FAB Bid: 90% of your available budget if you need a quality QB starter for Week 17 or want to block an opponent who has a QB need.

Best DFS Offer of the Day

Jock MKT offers an innovative take on daily fantasy sports, turning players into assets that you can buy and sell on an exchange. The platform combines the fun parts of DFS, like daily contests and fantasy points, while removing the issues, such as unbalanced competition against seasoned sharks with large bankrolls and lineup optimizers.

to claim this offer and move ahead of the DFS curve.

The rookie had the best game of his career in Week 15, rushing for 139 yards and a TD on 17 carries, followed by an admirable outing in Week 16. Against Baltimore’s third-ranked run defense, Allgeier rushed for 74 yards on 18 carries, and he added 43 receiving yards on four receptions.

Arizona has allowed the third-most Fantasy Points Per Game to RBs over the past four weeks. Allgeier, who may still be a free agent in some leagues, has been a decisive, physical runner over the past two games, and he can be started with confidence in a fantasy championship game as a flex option or RB2 fill-in.

The Lions face the Bears in Week 17. Chicago ranks 28th in FFPG allowed to WRs, and Jared Goff does his best work in home games, where he’s thrown 20 of his 26 TD passes while averaging 277.1 passing yards per game.

Chark is an upside play who should see some downfield opportunities this week. He is averaging 17.3 yards per reception.

Hodgins had a career day vs Minnesota’s pass defense, which was the worst in the league coming into Week 16. He caught eight of 11 targets for 89 yards and a TD, and he has now found the end zone in three of his past four games.

In Week 17, Hodgins faces a Colts defense that has allowed the most FFPG to WRs over the past four weeks. Richie James has also scored 13-plus PPR points in four of his past six games and is worth adding at a bid level equal to Hodgins.

Hubbard rushed for 125 yards on 12 carries in Week 16, two weeks after he had 99 yards from scrimmage. He has played on 63 and 46 percent of the snaps in the last two games in an offense that has been leaning heavily on its RBs.

Tampa Bay ranks 18th in FFPG allowed to RBs over the past four games. Hubbard can be a viable flex option in a must-win game for the Panthers in Week 17. 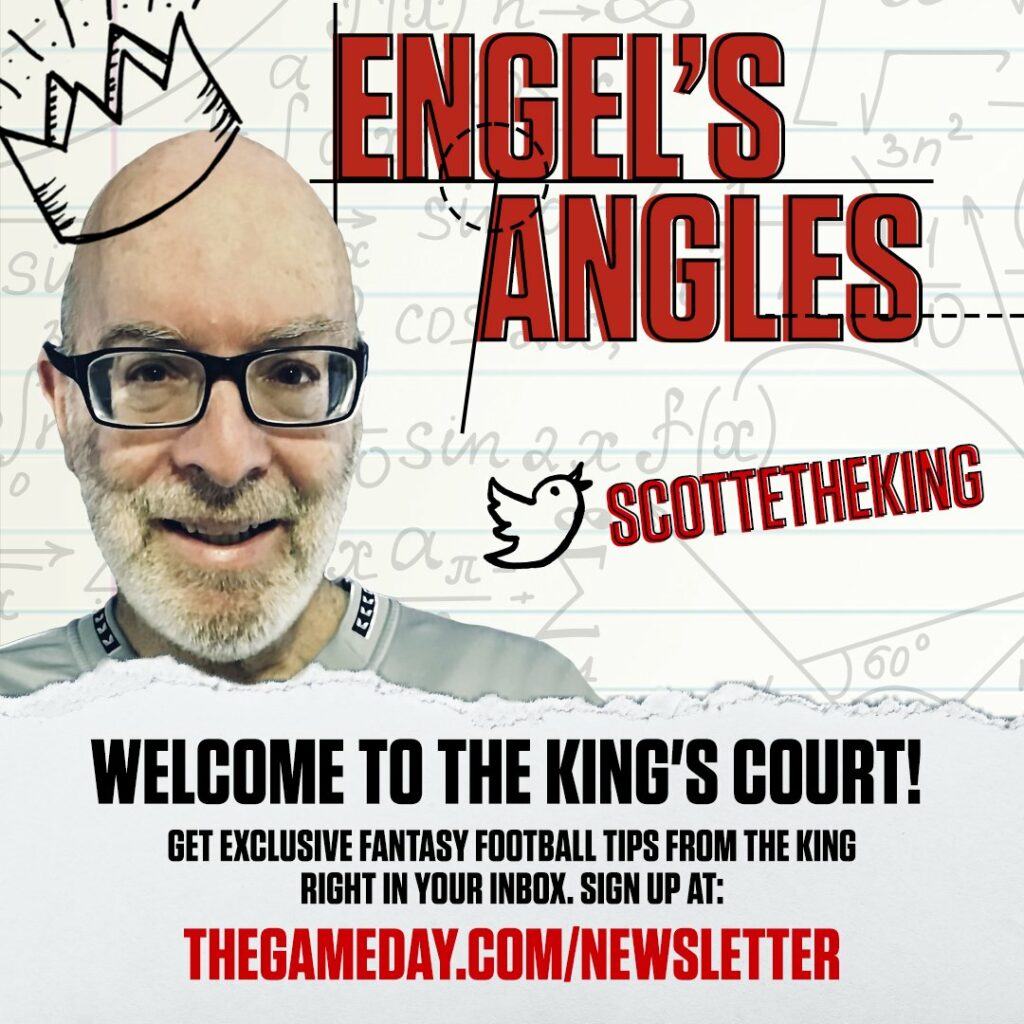