The start of the NFL season is great because you have an opportunity to use your sportsbook welcome bonuses on futures props for a chance at a nice payout.

In this article, we’re going to be taking a look at the New York Giants, a team that should be much better this season due to an upgraded coaching staff.

Go FUl Caesar this Football Season and use the promo code so your first bet on Caesars up to $1,250, plus 1,000 Tier Credits and 1,000 Reward Credits.

Thibodeaux is an explosive edge-rusher who went fifth overall in this year’s draft. At one point, he was projected to go as high as first.

This is a player who racked up seven sacks and 12 tackles for a loss in 10 games during his final year at Oregon. He’s got the ability to generate pressure on opposing quarterbacks, putting him firmly in contention for this award, second in odds behind Aidan Hutchinson.

Thibodeaux will be playing outside linebacker in a hybrid role for Wink Martindale‘s defense. The former Oregon star is a perfect fit in this scheme and will have a chance to make a ton of plays in this role. At (+400) odds, the payout is still worth it, as Thibodeaux should be among the league’s best defensive rookies.

Check out this link to learn more about the Caesars Sportsbook bonus.

Bettors who sign up today at BetMGM can use the promo code to get their special offer of a risk-free bet worth up to $1,000.

Jones is positioned for a breakout season under new head coach Brian Daboll, who helped Josh Allen ascend to superstar status in Buffalo. While we’re not saying that Jones is the next Allen, it’s worth noting to show that improvement is likely on the horizon for the Giants quarterback.

The Bills were among the most pass-heavy teams in the league under Daboll, so you can bet that Jones will see an uptick in passing volume this season. That will give him more opportunities to pad his stats, putting him in contention for this award.

While Comeback Player of the Year is often given to someone returning from injury, Jones definitely has a chance because this is a player who showed flashes as a rookie and has regressed since then. If he’s able to have a breakout season, we could see him take home this hardware.

Find out more about this betting site in our BetMGM Sportsbook review. 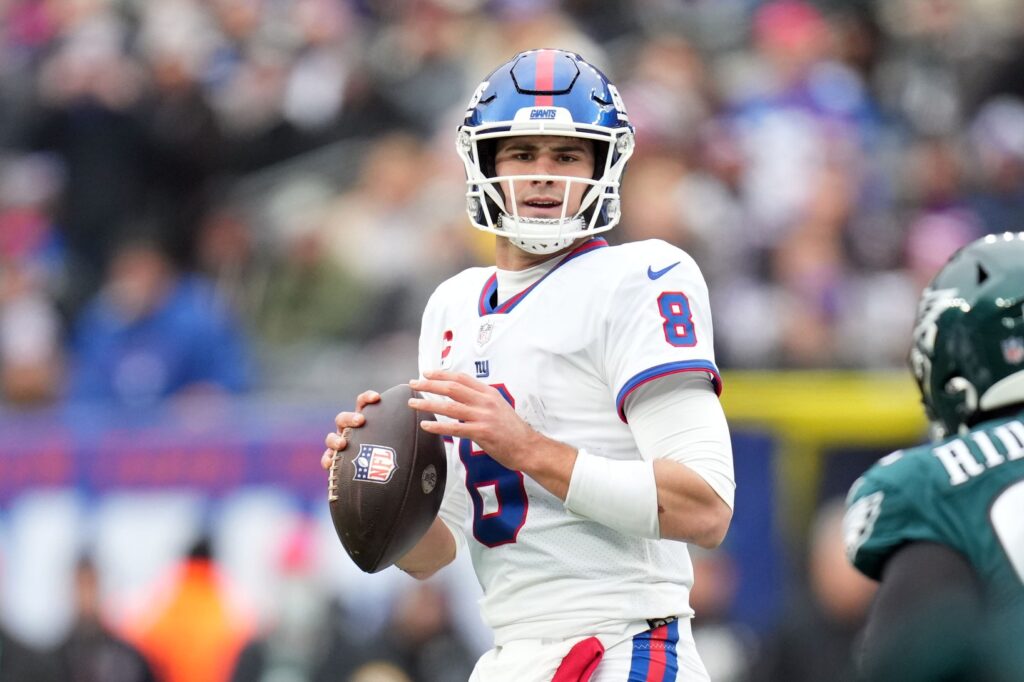 New to BetRivers Sportsbook? Click “Get Bonus" below or use the promo code when you sign up to get a first deposit match of up to $250.

This is a longshot bet, but we’ll take a chance here because we truly think that the Giants can really surprise people this season. You have all the ingredients you need with a dark horse team: upgraded coaching staff, improved defense, and underrated offense.

The Cowboys are a bit more vulnerable because they haven’t adequately replaced Amari Cooper. The Eagles have improved with the addition of A.J. Brown, but Jalen Hurts remains a question mark. The Commanders added Carson Wentz, who is one of the most erratic passers in the league. If Jones can take the next step, look out.

New signups at DraftKings can get $200 in Bonus Bets when they , create an account using promo code GAMEDAY200, deposit at least $5, and place a $5+ wager on a pregame moneyline in any sport as their first bet.

We love getting (+225) odds on the Giants to make the playoffs this season. The hiring of Daboll should help bring out more in this offense. Expect to see a resurgence from Saquon Barkley along with improvement from Jones.

There are some other intriguing pieces here, such as Kadarius Toney, Kenny Golladay, and Wan’Dale Robinson. The offensive line was also solidified with the selection of Evan Neal in this year’s draft.

The defense features talented young pass-rushers like Thibodeaux and Azeez Ojulari, both of whom should fit in like a glove in Martindale’s scheme. We could see this emerge as one of the most imposing units in the NFL this season.

While the Cowboys and Eagles look like the class of the NFC East, don’t sleep on the Giants, who have a better team than the Commanders and can easily surprise people this year.

Learn more about this betting site with our hands-on DraftKings Sportsbook review.