The NFL season is rapidly approaching, so it’s a good time to take a look at some of the best values in futures bets. Sportsbooks offer lucrative welcome bonuses, making it a good idea to take a shot on a pick at long odds to get the most out of the promo.

This article will focus on the New England Patriots, who expect to be in the playoff hunt again after reaching the postseason last year.

We’ll explore some of the best promos from top sportsbooks in New England here and offer up some Patriots futures bets to get you started.

Use the promo code to get a risk-free bet of up to $1,500 at Caesars Sportsbook! Sign up today to get this exciting welcome offer.

This is an easy one. The Patriots won 10 games last year and have notched double-digit wins in 18 of the last 19 seasons.

We don’t even need 10 wins for this to cash. All we need is for New England to finish with a winning record (9-8), which seems like a reasonable floor for any Bill Belichick team, especially one that scored 159 more points than it allowed last year.

New signups to BetMGM get up to $1,000 risk-free bonus, which can be used in all states where BetMGM is legal. Use promo code to get this special offer.

There’s a perception that the Buffalo Bills own the AFC East these days, but that’s hardly the case. They only finished one game ahead of the Patriots last year, and the division looks wide open in 2022.

Josh Allen took a step back last year, and if that happens again Buffalo is going to have a lot of competition. New England could be ready to challenge them if Mac Jones elevates his game in his second season after putting together an impressive rookie campaign last year.

With their coaching, defense, running game, and a young quarterback on the rise, the Patriots have the potential to overtake the Bills in the division this year. 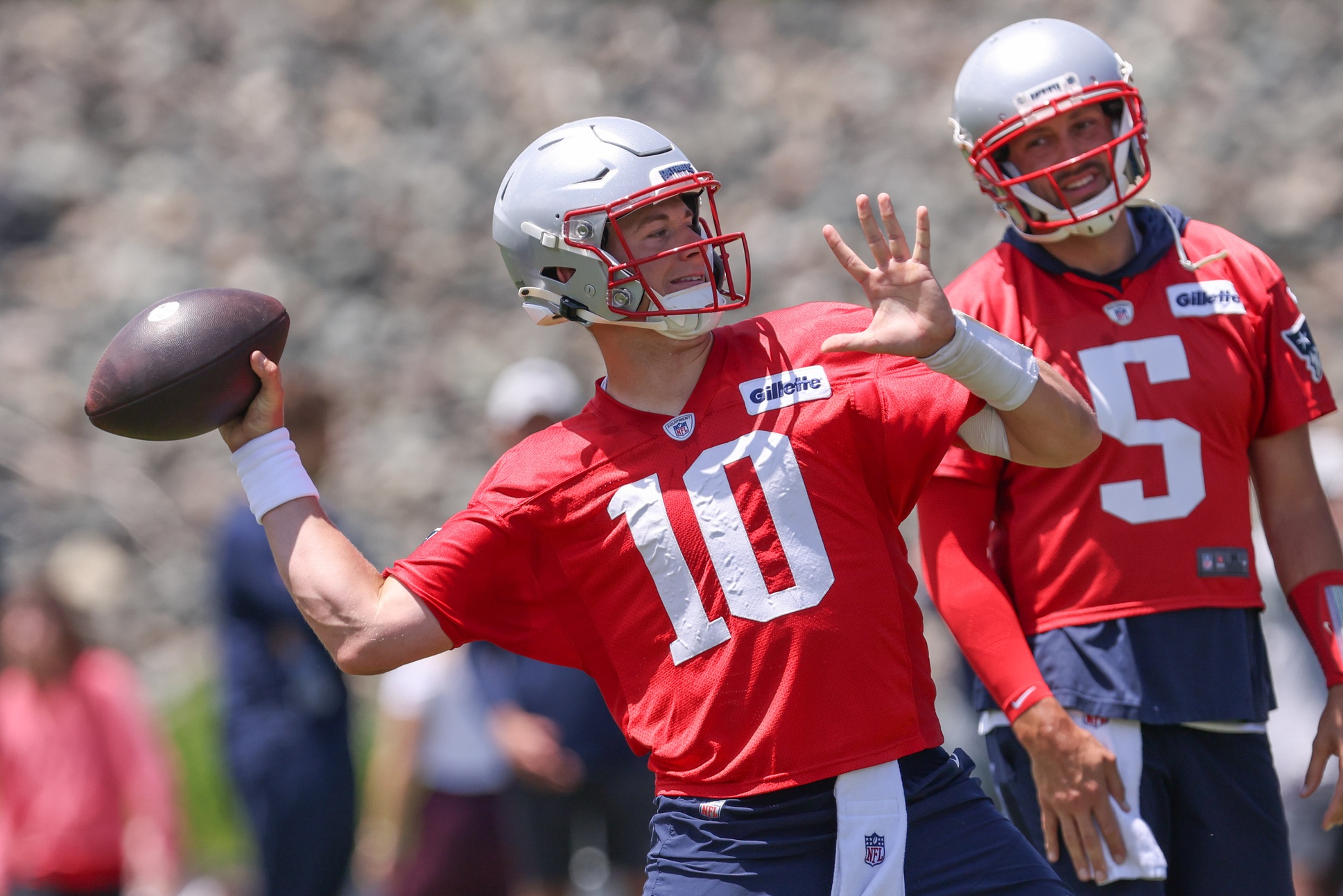 When you join BetRivers, you get up to $250 free as a first deposit match. You can use The Game Day’s Patriots sportsbook cash bonus code to get yours now.

While the Patriots have enough ammo to make the playoffs, it’s hard to envision them advancing once they get there. They lack the firepower of their AFC competitors and were completely overwhelmed by the Bills in the Wild Card Round last year, losing 47-17.

If New England does reach the postseason, they’ll likely do so as a No. 6 or 7 seed. That means they’ll have to face one of the top teams in the AFC on the road, which probably won’t end well for them.

The Patriots simply haven’t improved enough while many of their peers have gotten demonstrably better. They’ll likely need a small miracle to advance to the Divisional Round.

Sign up today at DraftKings by clicking “Get Bonus" below and receive a first deposit match of up to $1,000.

Even if the Patriots don’t surpass the Bills in the AFC East, they still have enough talent on the roster to make the playoffs again.

As mentioned above, New England reached the postseason last year despite having a rookie quarterback. They’ve only missed the playoffs twice since 2003, so you can pretty much count on them returning to the postseason.

The Patriots may not have Tom Brady anymore, but they’ve adjusted to life without him fairly well. They’re still a finely-tuned machine that always seems to get the most of its personnel and win more games than they lose.

Find out more information about this betting site with our DraftKings Sportsbook review.