The 2022 NFL season is just around the corner, which means it’s time to start placing NFL bets for the upcoming campaign. The Jacksonville Jaguars are going to be an interesting team this year, as they attempt to regain respectability after a tumultuous 2021 campaign.

Last year, the Jaguars were 3-14, and they have lost 29 of 33 games over the past two seasons. Such incredible futility has led to a pair of No. 1 overall picks in the NFL Draft, though, and the team has made other notable moves in their aim to point the franchise in the right direction.

With so many Jaguars bets to consider at different sportsbooks, let’s go over the best Jacksonville Jaguars betting promo codes to take advantage of.

New to Caesars Sportsbook? New players can use the code or click “Get Bonus" below to get your first bet on Caesars up to $1,250, plus 1,000 Tier Credits and 1,000 Reward Credits!

This is quite a bold call when you consider that Jacksonville “improved” from just one to three wins last season, and has finished last in the AFC South for four consecutive seasons. But we all love a worst to first story, and we’ll enjoy it even more when we can head to the pay window as a result.

There is a conceivable path in which the Jaguars suddenly emerge from the depths to win what could be the weakest division in the league. Everything seemingly possible has gone wrong for the Jaguars over the last two years, but now they have made moves to attempt to get things right.

After putting the Urban Meyer disaster behind them, Doug Pederson — a Super Bowl-winning head coach — represents a refreshing, player-friendly and proven approach. Along with offensive coordinator Press Taylor, who worked with Pederson in Philadelphia, the Jaguars should benefit from established coaching that can boost the outlook for Trevor Lawrence and his playmakers.

If the new acquisitions can pan out mostly as hoped, the Jaguars could actually have a legitimate shot to contend for the AFC South crown. The Texans are destined to be no better than mediocre, while the Titans and Colts still have quarterback and defensive concerns. So don’t count out Jacksonville to make a surprising run to the top of the division.

Learn more about this betting site by reading our hands-on Caesars Sportsbook review.

New bettors who sign up with BetMGM Sportsbook can get a risk-free bonus of up to $1,000 when they use the promo code .

This award is usually reserved for quarterbacks, and the last running back to win it was Garrison Hearst in 2001. But we say take the daring shot on Etienne here, because the quarterback contenders are not too impressive. If Christian McCaffrey (+750) misses extensive time again this season, then the race for Comeback Player of the Year could be even more  open.

The top quarterback contenders for the award are Jameis Winston (+500) and Daniel Jones (+1000) — both uninspiring choices. Meanwhile, Etienne is reportedly on a good path to making a successful return from a foot injury that ruined his 2021 rookie campaign.

Etienne will work in the Jacksonville backfield with his former Clemson teammate, Lawrence. Let’s not forget that Etienne was a first-round draft choice by the Jaguars last year. He may be ticketed for a large role in the offense in 2022.

Having drawn some comparisons to Alvin Kamara, Etienne could be very busy as both a runner and receiver. James Robinson is trying to come back from an Achilles injury, which clouds his availability and potential effectiveness.

Etienne may be headed for a big year as a prime contributor on the Jaguars’ offense while providing sparks of newfound hope and optimism.

Learn more about this welcome bonus by reading our BetMGM review. 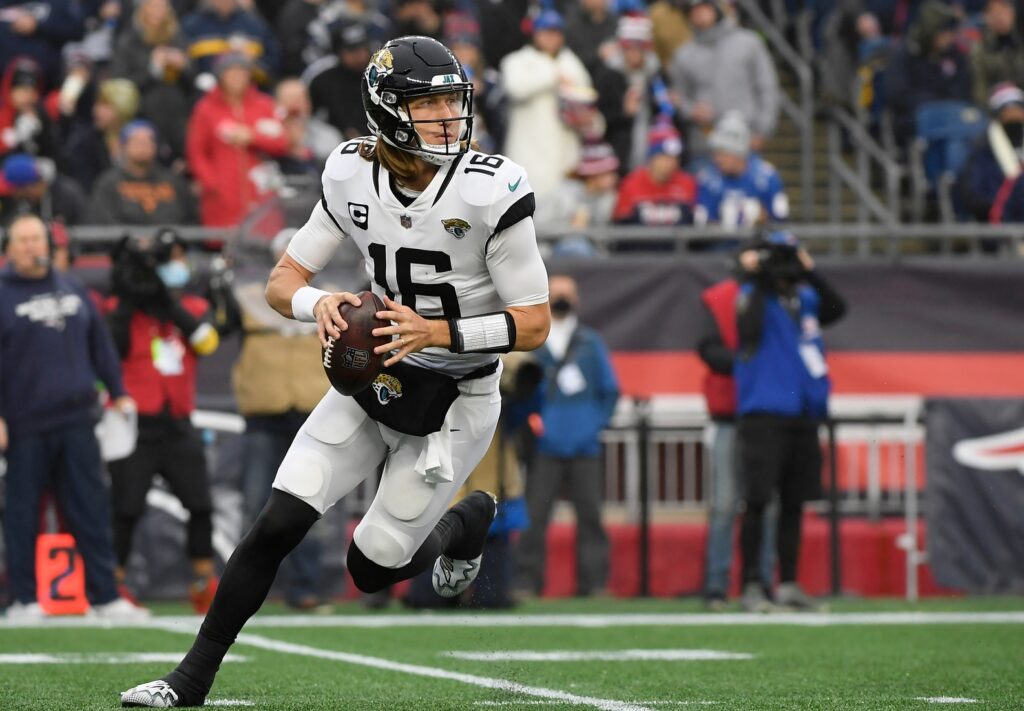 New players at BetRivers Sportsbook can get a first deposit match of up to $250 when they click “Get Bonus" below and sign up with the promo code .

As we have outlined, the Jaguars have set themselves up for potentially significant improvement in 2022. Building a better team around Lawrence was a prime focus in the offseason. Last year, he wilted because of a lack of quality options in the passing game and shoddy protection with not enough support from the running game.

Some of the issues were also on Lawrence in terms of decision-making and holding onto the ball too long. But it was a terrible situation in which success could not be expected. Now Pederson comes in to change the dynamics and outlook while the front office has made some attempts to upgrade the personnel.

The Jaguars could score at least half of their 2022 victories within the division, and then they will be halfway to making good on this wager. At worst, Jacksonville can be reasonably competitive, and at best, they could vie for nine to 10 victories.

How far they go will depend mainly on Lawrence taking to better surroundings and Pederson successfully changing the philosophies and overall mentality.

This could be the last opportunity for a team constructed by General Manager Trent Baalke to stir some hope. Pederson and Lawrence could be his saviors.

Click on our full BetRivers Sportsbook review to learn more about this betting site.

Take advantage of Betway Sportsbook’s welcome offer by clicking “Get Bonus" below — no promo code required!

If Pederson can take the Jaguars from three wins to the playoffs, he should have a strong chance of winning this award. After a year off, Pederson has a challenging task ahead of him to start turning the franchise around, but he did take the Eagles from seven wins to a Super Bowl title in two years.

His task will be to get more out of Lawrence and his surrounding complements. Adding Kirk, Engram, and Zay Jones improves the offensive outlook, but that is also because it was so shabby last year.

Pederson and his staff will have to ensure that Lawrence can put an awful rookie year behind him while coaxing career years out of those three pass-catchers and a better season from Marvin Jones Jr. while also getting quality offensive line play.

The Jaguars have put the pieces in place to help the team start to drive out of the doldrums, but it is Pederson who has to get the most out of what he has been presented with. Lawrence’s playmakers in the passing game don’t have significant track records of success and the pass rush has to get better after posting just 32 sacks in 2021.

If Pederson can make most of the new personnel mesh well and elevate their games, he can be an award winner.

Read our detailed Betway Sportsbook review to learn more about this betting site.