The College Football Playoff semifinals split the difference with favorites winning, putting the CFB world on an intriguing road to the National Championship Game at SoFi Stadium.

During the main event of the New Year’s Eve doubleheader, the No. 1 Georgia Bulldogs survived a scare from No. 4 Ohio State. The Buckeyes missed a field goal in the closing seconds of the Peach Bowl that would’ve given them the win, so Georgia advances for a chance at back-to-back CFB National Championships.

Meanwhile, TCU and Michigan marked a barrage of points in the Fiesta Bowl, with Texas Christian coming out on top 51-45. The Horned Frogs now face the final boss on a potential Cinderella championship run.

Georgia enters this David vs Goliath matchup with the nation’s longest winning streak (15 games). TCU — the junior-most member of their conference — claimed its lone national title came in 1938.

Here’s a look at our printable college football playoffs bracket. 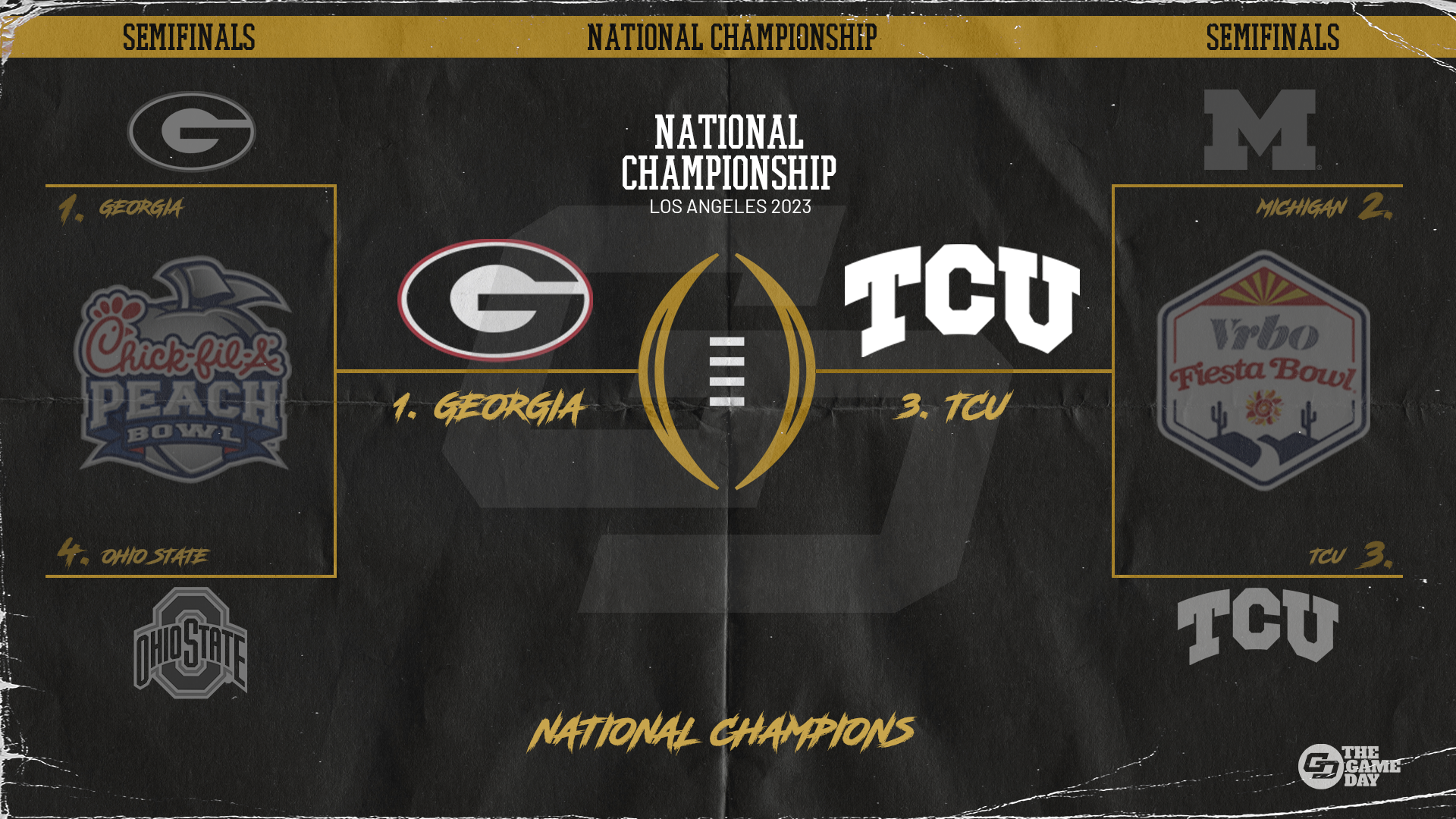 Download a PDF version of the College Football Playoff Bracket.

Stetson Bennett continued to silence haters with another historic comeback victory, leading the Bulldogs on a game-winning drive with fewer than two minutes left in the Peach Bowl.

The Horned Frogs, on the other hand, are looking to pull off maybe the biggest upset in CFB history.

Looking to bet this CFP final? Start with a wager on Over 62 Points (-110) at Caesars Sportsbook for this CFB pick of the day.

Want the latest on wagering tips for Georgia vs TCU? Head over to our CFB National Championship Odds to monitor line movement and our betting advice.

Fun fact: The cheapest single ticket for the National Championship was priced at $918 as of Dec. 5, according to StubHub.