The calendar has flipped to 2023, which means it’s almost time to fill out your brackets.

March Madness is one of the highlights on the betting calendar, but office pools — or bracket challenges — typically rule the roost.

We here at The Game Day love gambling, but we also love office-style competitions, which means we want you to get in on the fun of our bracket pool. Here’s some more information about that. 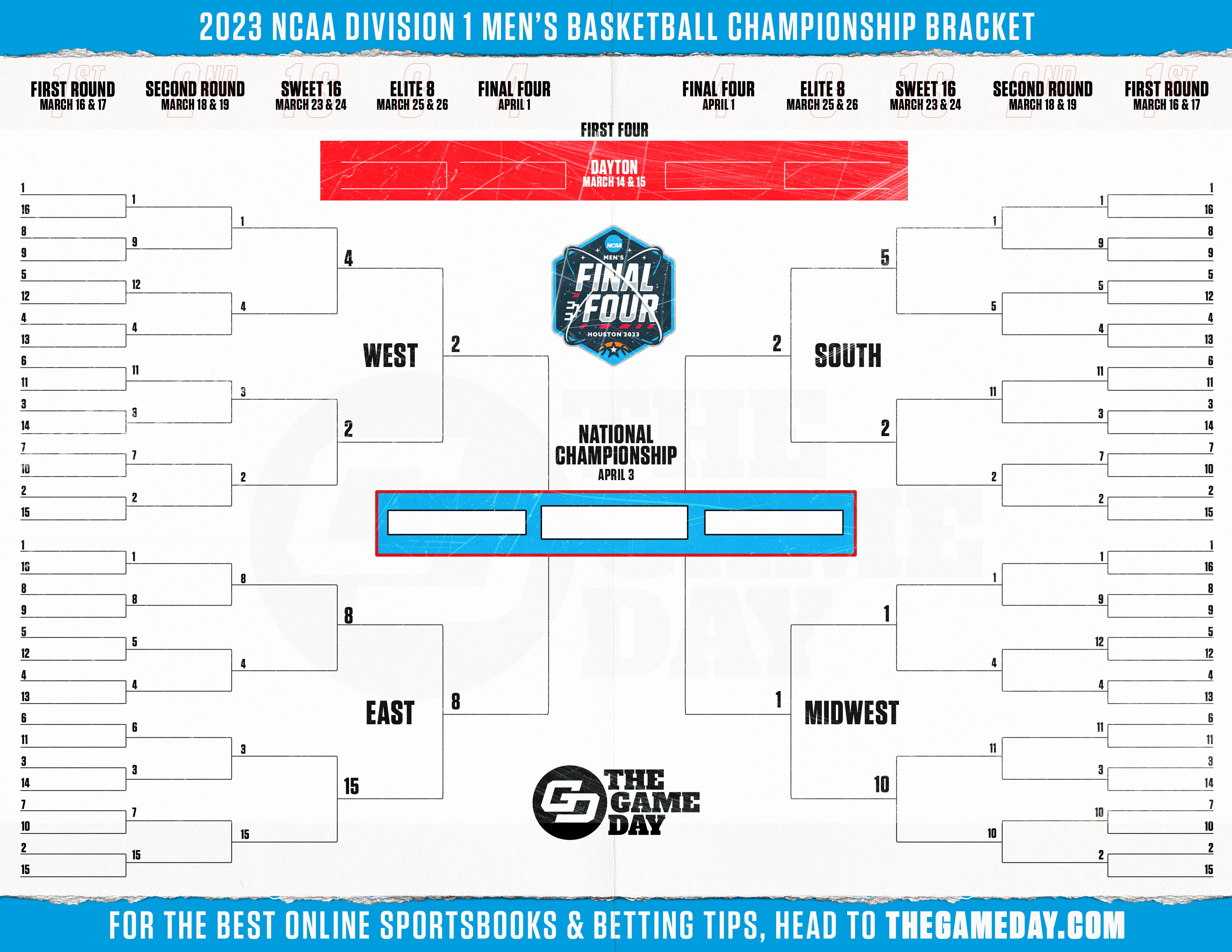 What is March Madness?

The largest and wildest playoff tournament in North American sports.

The season started with 352 Division 1 men’s basketball teams across 32 conferences, and that will be whittled down to a 68-team, single-elimination tournament. Only one will reign above all and cut down the nets as the 2023 national champion.

This is otherwise known as March Madness.

Kansas is the defending champion after completing an historic rally to knock off upstart North Carolina in the title game in New Orleans. The Jayhawks won their final 11 games to claim the school’s sixth national championship in men’s basketball.

The 2023 tournament will open with the First Four in Dayton, Ohio then split into four, 16-team regional brackets. The first and second rounds will be held at 16 neutral sites then will pare down to 16 teams at four regional sites before this year’s Final Four at NRG Stadium in Houston.

Selection Sunday is March 12 this year, and the First Four will start the tournament March 14.

How Does a March Madness Bracket Work?

March Madness bracket-style pools typically revolve around who has the most points at the end, since almost no one ever ends up with a perfect bracket.

Traditionally, each round is weighted and the correct number of points doubles after each round. Typically, it starts with one point given for every correctly picked first-round game, two for second-round games, four for the regional semifinals, eight for the regional finals, 16 for each Final Four game and 32 points if your pre-tournament national champion cuts down the nets.

How to Fill Out a March Madness Bracket

Filling out a March Madness bracket is as easy as you want it to be. You can load up your bracket with upsets or pick chalk — meaning all the favorites. Research is generally a good idea, but it doesn’t always help.

Here are the steps to filling out your bracket:

Winning a bracket pool isn’t as easy as loading up your picks with better-seeded teams. There will invariably be upsets, and there’s a good chance yours will get busted by some underdog in the first weekend — little-known St. Peter’s University from the MAAC stole the show and spoiled many a bracket by upsetting three better seeds while advancing to the Elite Eight in 2022.

Here are some facts and tips to consider before filling out your bracket:

Are There Any Online Sportsbooks With Bracket Pools?

Bracket challenges are widely available on media sites like ESPN, Yahoo, CBS and others, and online sportsbooks have gotten in on the fun too. FanDuel and DraftKings typically let users participate in office-pool style bracket challenges, with cash prizes for users who reach a certain points threshold.