The NFL season is nearly here, so it’s a good time to take advantage of sportsbook welcome bonuses by using them on futures props for higher payouts.

Today we’re going to be focusing on the Minnesota Vikings, a team that should improve under a new coaching staff led by Kevin O’Connell.

New to Caesars Sportsbook? Sign up with the code to get a risk-free bet of up to $1,500. Act fast and take advantage of this offer while it’s still available.

Kevin O’Connell comes over from Sean McVay’s staff to bring a refreshing look to an offense that was plagued by an outdated approach put forth by former head coach Mike Zimmer. We could see the Vikings take the next step as an offense while they go with a more pass-heavy approach.

This is huge for a team that was better than their 8-9 record last season, as five of those losses were by four points or fewer. There’s a good chance that Minnesota can ascend and become one of the best teams in the NFC.

If that happens, O’Connell would be firmly in the mix for the Coach of the Year award. He’s a first-year coach who would have turned around a disappointing but talented team. That’s a perfect recipe for this honor.

Find out more about this welcome offer by reading our Caesars Sportsbook review.

Bettors who sign up at BetMGM Sportsbook can get a risk-free bonus of up to $1,000. Simply use the code when you sign up to receive yours.

The Vikings have a talented roster. Kirk Cousins is one of the most underrated quarterbacks in football. Dalvin Cook and Alexander Mattison make this a great backfield. Justin Jefferson is a superstar, while Adam Thielen is a dependable veteran. The offensive line has some young pieces like Christian Darrisaw and Ezra Cleveland.

The team invested a lot of draft capital into the defense, adding two talented players to the secondary in Lewis Cine and Andrew Booth Jr. Let’s not forget free agent pickups like edge-rusher Za’Darius Smith, defensive tackle Harrison Phillips, and linebacker Jordan Hicks. This can be a much-improved unit.

When you consider that the Packers are more vulnerable than ever after losing Davante Adams, you have an opening for the Vikings to take home a division title. While the Lions can be tough and the Bears are slowly improving, the Vikings are the best bet to challenge the Packers.

Read our hands-on BetMGM review to find out more about this sportsbook. 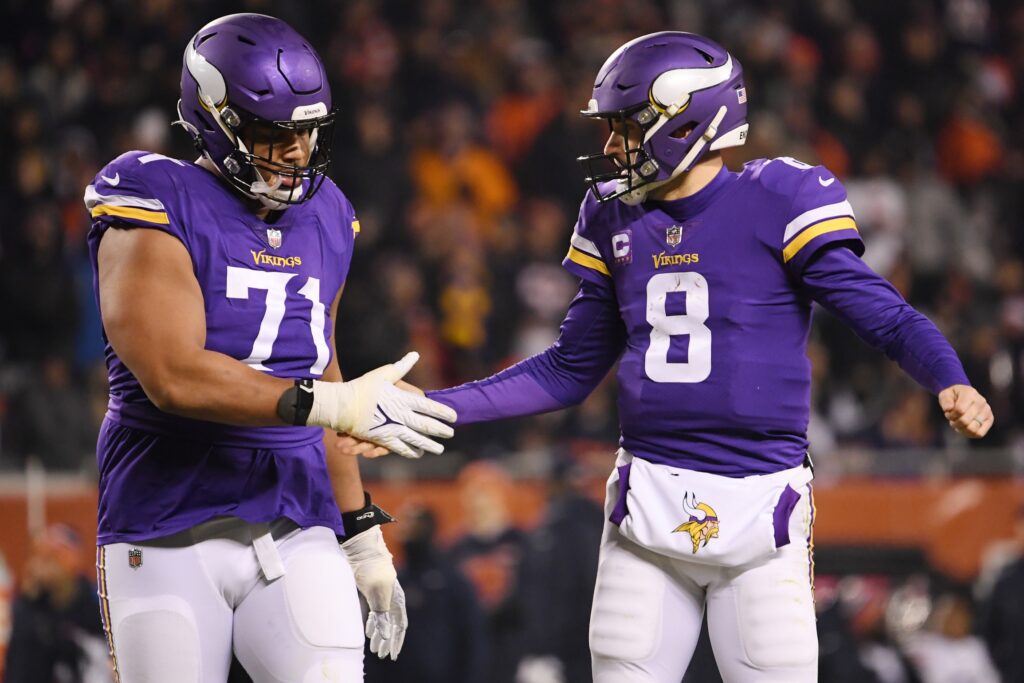 Head over to BetRivers Sportsbook and register for a new account to receive a first deposit match of up to $250. Click “Get Bonus" or sign up with the promo code to receive yours now.

We’ll finish it off with a longshot by taking the Vikings to win the Super Bowl. There’s definitely a path for them to go deep in the playoffs. Cousins should be able to flourish with his former quarterbacks coach in Washington in O’Connell. The supporting cast is strong with stars like Jefferson and Cook.

While this result would require the defense to improve dramatically, there’s definitely a shot with the additions they’ve made like Cine, Booth, and Smith.

The best part about this wager is that it opens up hedging opportunities. If the Vikings win the NFC North, they can easily win a round, aided by home-field advantage. From there, you can hedge by placing a straight bet on their opponent while knowing that if Minnesota wins, your 40-to-1 ticket is still alive.

Check out our hands-on BetRivers Sportsbook review to learn more.

Sign up with one of the best sportsbooks in the business and receive a first deposit match of up to $1,000 when you click “Get Bonus" below.

Jefferson finished second with 1,616 yards last year, which was his second season in the NFL. If we dig deeper, we see that his season could have been even better.

From Weeks 1-9, Jefferson had a 23.45% target share, but that number jumped to 34.49% from Weeks 10-18. The team realized that they needed to emphasize Jefferson in their offense.

Now O’Connell comes over from Los Angeles, where he coached last season’s receiving yards leader Cooper Kupp as offensive coordinator. We can expect O’Connell to get Jefferson more involved underneath with layup targets, seeking to put the ball in the hands of his best playmaker.

There’s a reason why Jefferson is currently favored to lead the league in receiving yards. He’s about to go off in 2022.

Read about this betting site’s welcome bonus in our comprehensive DraftKings Sportsbook review.