The NFL season is almost here, so it’s time to take a look at some of the best sportsbook new-player offers and see how we can use them on futures props.

In this article, we’re going to take a look at the Denver Broncos, who look like Super Bowl contenders following the acquisition of star quarterback Russell Wilson.

Sign up today at Caesars with the promo code and get your first bet risk-free up to $1,500 at this betting site.

Russell Wilson is one year removed from a season where he put up 4,212 passing yards with 40 touchdowns and 13 interceptions. He now joins a Broncos team that is stacked with talented players such as Courtland Sutton, Jerry Jeudy, and Javonte Williams.

The Broncos are stuck in the AFC West, which looks like the best division in football, featuring fellow Super Bowl contenders in the Chiefs and Chargers along with an improved Raiders team. If Denver is able to win the division, it’s likely that Wilson will have a big year and put himself firmly in contention for the MVP award.

Check out our Caesars Sportsbook review to learn more about this betting site.

Register today with BetMGM using our code and earn a risk-free bet of up to $1,000.

It’s been a couple of years now where we’ve been referring to the Broncos as “a quarterback away” from Super Bowl contention. They now have that elite passer in Wilson.

The supporting cast is strong, led by a duo of talented runners in Williams and Melvin Gordon. There is also a plethora of options on the perimeter with Jeudy and Sutton.

Perhaps head coach Nathaniel Hackett will “Let Russ Cook” after the veteran quarterback was held back by Seahawks’ coach Pete Carroll’s run-heavy tendencies. This would allow the offense to really take off, putting them in play for the Super Bowl.

Let’s also remember that they also have a talented defense with players like Bradley Chubb and Patrick Surtain II. Look out for the Broncos.

Find out more about this betting site by reading our hands-on BetMGM Sportsbook review. 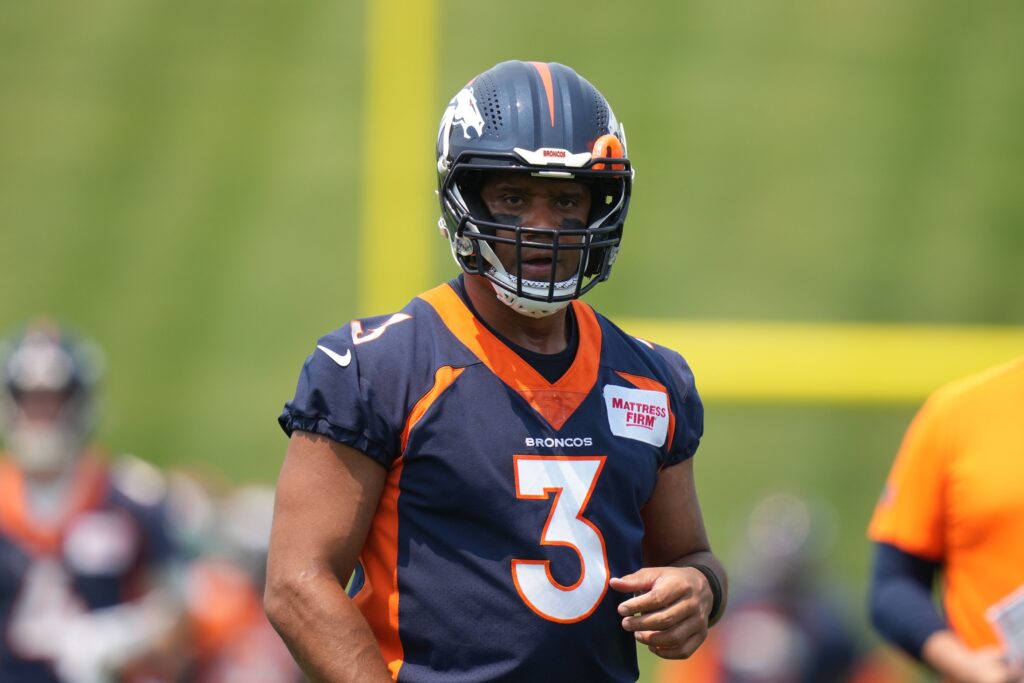 Ready to sign up with BetRivers Sportsbook? Use our promo code when you register and receive a first deposit match of up to $250 as a welcome bonus.

The best candidates for the Defensive Player of the Year award are edge-rushers because they can make an impact with their pass-rush and rack up sacks with potential turnovers. Chubb is coming off an injury-plagued season, but this is a player who racked up 12 sacks and 14 tackles for a loss as a rookie.

If he can stay healthy and rediscover that form in his age-26 season, he can contend for this award. It will help that this offense will be improved with Wilson under center, putting the defense into more favorable pass-rushing situations. While this is a longshot, it looks like good value at 40-to-1 odds.

Check out our BetRivers Sportsbook review to find out more.

Eager to join DraftKings Sportsbook? Click “Get Bonus" below to get a first deposit match of up to $1,000 when you sign up today.

Wilson has been among the most efficient passers in football throughout his career. He’s one year removed from a season where he put up 40 passing touchdowns on only 558 attempts.

Wilson will have several options in Denver. If we see the Broncos unleash Wilson in a more pass-heavy offense, there’s a chance that he clears 40 touchdowns once again.

This would put him in play for the league lead. At (+1600) odds, you could do worse than picking one of the best quarterbacks that will be throwing to Jeudy, Sutton, and more. Roll with Wilson in his first season with a new team.

Learn more about this sportsbook in our DraftKings review.