The NFL season is upon us, which means it’s a great opportunity to take advantage of welcome bonuses by putting them on long-odds future bets that produce higher payouts.

Today we’re looking at the Cleveland Browns, a disappointment in 2021 who should be due a transitional year as they move from quarterback Baker Mayfield to Deshaun Watson.

Click “Get Bonus" below and cash in on this fantastic welcome offer from one of the best Sportsbooks in the industry!

So much of Cleveland’s success is tied to whether its now-franchise quarterback can both get on the field and also regain the All-Pro form he showcased with the Houston Texans. Watson hasn’t played since Week 17 of the 2020 NFL season as he continues to be the subject of law suits and court cases surrounding alleged sexual harassment and assault.

Watson isn’t exactly a player worth rooting for at this point, and if he can revive his career, it isn’t likely to be a feel-good story especially given how antagonistic he and his camp have been toward his alleged victims.

Still, if you can suspend all that, and Watson himself isn’t suspended the full season for violating the league’s player conduct policy, he could force his way into the award conversation if he can boost the Browns to a level they couldn’t reach with Mayfield at the helm.

Garrett is a two-time First Team All-Pro and three-time Pro Bowler and the favorite to win this award, which makes sense since it feels like only a matter of time until the Browns superstar edge rusher finally gets positive recognition for his play on a league-wide scale.

Garrett is coming off a monster season where he finished third in the NFL in sacks (16) and scored Cleveland’s lone defensive touchdown. Given the fact the Browns offense could be in flux, they would need their all-everything defensive end to wreck games on that side of the ball. If he can, he’ll be worthy of the DPOY.

Read our Caesars Sportsbook review to learn more about this betting site.

New players at BetMGM can get a sign-up bonus of up to $1,000 risk-free. Simply use the promo code when you register your account to earn your risk-free bet.

The AFC North is stacked, with Lamar Jackson and the Baltimore Ravens plus Joe Burrow and the defending AFC champion Cincinnati Bengals, as well as the always-tough Pittsburgh Steelers.

Still, Cleveland only finished in third place during its nightmare 2021 campaign, placing ahead of the rival Ravens in the standings and just a half-game behind the Steelers for second. Pittsburgh has a solid roster but also has question marks at quarterback, leaving Cincinnati as the only likely lock to finish ahead of the Browns.

Watson could be suspended for the whole season, or he could be banned for a shorter amount of time. He would have to shake off some rust since he hasn’t started since January 3, 2021 and hasn’t won an NFL game since November 26, 2020.

But with or without Watson, the Browns have an embarrassment of offensive riches, including the two-headed running-back monster of Nick Chubb and Kareem Hunt, and four-time Pro Bowl receiver Amari Cooper, who Cleveland acquired for two picks back in March.

That offense will complement a stellar defense led by edge rushers Myles Garrett and Jadeveon Clowney plus Pro Bowl corner Denzel Ward. Plus, if Watson is the version of Watson we’ve seen in the past, he’s one of the most dynamic players in the league, which is why the Browns would trade six picks — including three first-rounders — to acquire him.

It wouldn’t be out of the question to see the Browns both in the top-2 in the AFC North and in the playoffs, so long as the Watson saga doesn’t torpedo the season.

Read our BetMGM review for more. 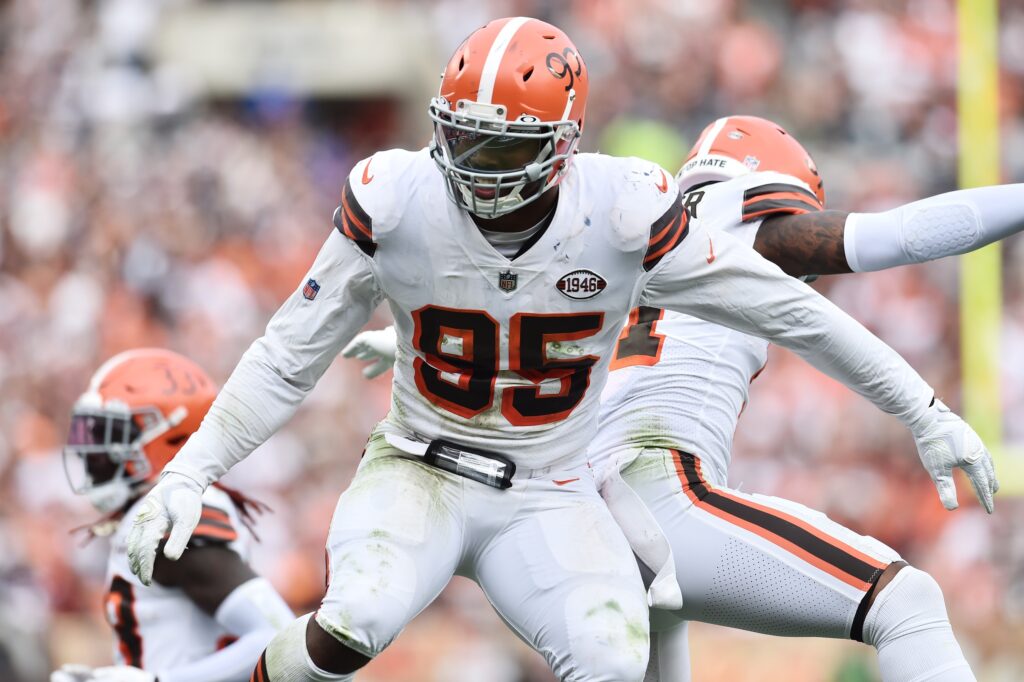 Click “Get Bonus" below or use the promo code when you sign up at BetRivers Sportsbook to receive a first deposit match of up to $250.

Chubb has surpassed 1,201 yards in two of his previous four seasons, including 2021 where he finished second in the league in rushing despite missing three games due to a calf injury and COVID-19.

Chubb averages 83 yards per game over his 58-game career, which would equal a 1,411-yard season over 17 games. If he can remain healthy, which is no small task, Chubb should be able to easily surpass the Over.

We already established that Chubb and Hunt make up a dynamic two-headed monster in Cleveland’s backfield — and let’s not sleep on D’Ernest Johnson, who finished second on the team in rushing yards and averaged 5.3 yards per carry last season.

Chubb has twice finished second in the NFL in rushing yards, in 2019 and 2021, and if Jacoby Brissett is thrust into action at quarterback — the veteran is Watson’s backup at the moment — we can expect an even greater commitment to the running game than Cleveland even had with Mayfield under center.

Plus, if Watson is the signal caller, Chubb should have wide holes to run through given the potential for Watson to keep the ball as a runner in the RPO.

This could mean a career season for Chubb of 1,500-plus yards. Matt Ryan’s presence running the Indianapolis Colts offense is likely to cut into Jonathan Taylor’s rushing yards, and although Derrick Henry is poised to have a resurgent 2022 season, we think a sprinkle on Chubb is worthwhile, especially given the odds.

Read our BetRivers Sportsbook review to learn more about this welcome offer.

New signups at DraftKings can get $150 FREE when they , create an account using promo code GAMEDAY150, deposit at least $5, and place a $5+ wager on a pregame moneyline in any sport as their first bet. If that bet wins, receive eight (6) $25 free bets, totaling $150.

We already established that Garrett is poised for a huge year. He had 16 sacks a year ago and is averaging 0.86 sacks per game over his five-season NFL career, which translates to a 14.5-sack season.

Barring injury, or a suspension like he had in 2019, Garrett should be able to surpass 13, especially with Clowney on the other side occupying blockers and funneling quarterbacks back to Garrett.

Learn more about this sportsbook with our hands-on DraftKings review.