After a lackluster campaign in 2021-22, the Detroit Pistons are widely expected to be one of the most exciting young teams in the league this season — even if that doesn’t amount to much winning. With players like Cade Cunningham and rookies Jaden Ivey and Jalen Duren, highlight-worthy plays will be plentiful.

With that said, we shouldn’t rule out the notion that this squad could actually win a good number of games. There are solid role players peppered throughout this roster, and it’s possible that we see them make a similar leap to the one the Cleveland Cavaliers made this past season.

Knowing this, we’ve gathered up the best Detroit Pistons sportsbook promo codes to help you make the most of your bets on Motor City’s finest this season.

Join Caesars Sportsbook today with our promo code “" to get your first bet on Caesars up to $1,250.

Whether the impressive stats are there or not, Ivey is going to be one of the league’s most electric players this coming season. He dazzled with his lightning-quick speed and unbelievable athleticism in college, and he’ll have every opportunity to show off those assets this season in Detroit.

Of course, Ivey wouldn’t have been drafted as high as he was if he wasn’t a terrific player, which also lends to the fact that he currently has the third-best odds to win Rookie of the Year. He’s a dynamic scorer with the ability to pour it in from all three levels.

Look for Ivey to remain in the conversation all year long and take full advantage of the (+600) odds with your risk-free bet.

Check out our full Caesars Sportsbook review to learn more about this betting site.

Choose to bet at BetMGM Sportsbook today and get your first bet risk-free up to $1,000 when you use the promo code “" when you sign up for your new account.

Ivey isn’t the only Piston who could play a significant role in the Rookie of the Year race this season. Duren, his high-flying, physically-imposing teammate at center, has the potential to become a star in his own right.

Duren looked every part of a dominant two-way big in Summer League. He cleaned the glass with ease, rose well above the rim to throw down alley-oops, and blocked shots at an efficient rate. Had he been born 10 years earlier, he likely would’ve been one of the top three picks in his class.

He’s more of a longshot to earn this honor than Ivey, but since this bet is risk-free, it’s more than worth a gamble.

Our BetMGM Sportsbook review has more details about how this betting site’s risk-free bonus works. 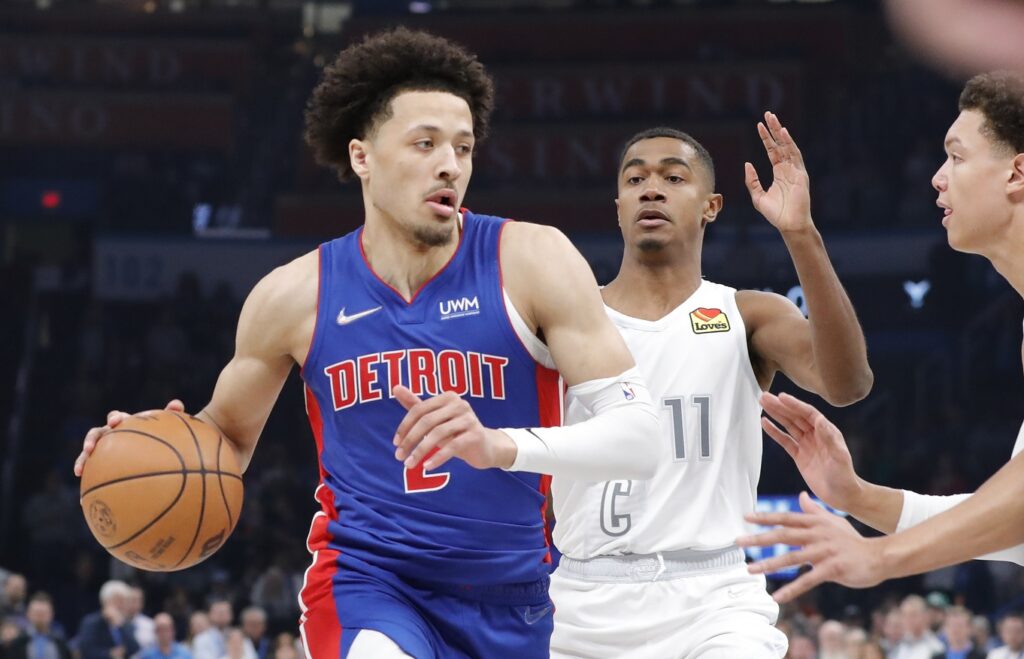 Cunningham had a slow start to his rookie campaign, but once he started to get it going, he never looked back. Over his final 50 contests, he averaged 18.6 points, 5.2 rebounds, and 5.9 assists per game. He also recorded 10 double-doubles and two triple-doubles throughout the season, highlighting his all-around versatility.

To win Most Improved Player, Cunningham would likely need to earn All-Star honors and bring his scoring average up considerably. Admittedly, that’s not out of the question. Cunningham now knows what to expect from the big leagues, and on more than one occasion, he looked like the best player in his class.

He’ll face tough competition from the likes of Anthony Edwards and Tyrese Haliburton, but Cunningham deserves to be one of the favorites to win this award.

Read our hands-on BetRivers Sportsbook review to find out more about this bonus.

New players at Betway Sportsbook can get a risk-free bet of up to $250 when they sign up using the link below. Click “Get Bonus" to start betting.

Detroit is a massive longshot to qualify for the postseason in 2023, and understandably so. After all, this team won just 23 games this past year, and the lack of recognizable, veteran talent on this roster is apparent. But the same could be said of last year’s Cavaliers squad, which improved from 22 wins in 2021 to 44 in 2022.

Perhaps the biggest hurdle for the Pistons to overcome is the fact that the Eastern Conference is as deep as it’s been in years. Washington, New York, Atlanta, Chicago, and Cleveland are just a few of the teams that could be competing for one of the final spots in the playoffs, and Detroit is arguably a tier below all of them.

Stranger things have happened, though. Cunningham could go ballistic in his second year. Ivey and Duren could go head-to-head in the Rookie of the Year race. Dwane Casey is also a terrific coach.

To learn more about this betting site, read our full Betway Sportsbook review.